Over the years, Elmwalk Developments Ltd have nurtured a group of professional building contractors, skilled in all aspects of brick-laying and building work. Additionally, Elmwalk can organise or project manage other contractors for your project, such as joiners, plumbers, carpenters, electricians, plasterers and roofers. They can also recommend associated professionals, such as landscape designers and architects. 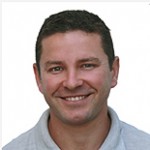 Mike discovered a passion for construction at Poole College, where he studied bricklaying for three years. Considered the most promising improver of his class, he was chosen by Croften Developments to join them as a bricklayer in 1995, where Mike remained for eleven years, gaining considerable experience in all aspects of construction.

Joining forces with Steve Griffiths, he launched Elmwalk Developments in 2006. Mike’s specialist trade is bricklaying but can turn his hand to most areas. He thrives on the more challenging bespoke buildings and extensions as well as being a highly skilled machine operator.

Mike is married to Helen and they have a lively nine year boy called Matthew and Maisie their nineteen month old daughter. 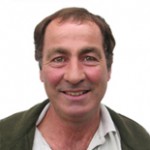 Steve brings with him over 30 years’ of building construction experience, and is infamous throughout Dorset for his meticulous attention to detail. Steve will simply not accept less than a perfect job from every member of his team. Following a successful Army career, Steve trained as a bricklayer at Southampton College, and then spent the next 25 years leading various construction teams. He has worked on a number of highly prestigious and bespoke building projects, including the BIC and Compton Acres. In his spare time, Steve is a passionate Dorset River Warden. 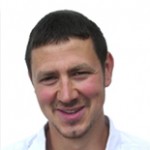 After leaving school in 1996, Rob attended Poole College for two years, gaining an NVQ Level 3 qualification in bricklaying. On completing his studies, his first job was with a London-based construction company, where he gained a great deal of experience. Having subsequently worked for eight years at Croften Developments, Rob joined Elmwalk in 2007. He has a varied job, and is pleased to be part of the team. Robert lives in Bournemouth with his partner Kelly. A family man, he loves spending time with his children and playing for his football team, Burton FC!

Sean is the son of Steve Griffiths and has been with us since the tender age of seventeen.
As well as being the general site labourer he is an accomplished machine operator and has recently completed his training at collage in to being a qualified heating engineer.